"The Inventor of the Modern World" Book Izz News 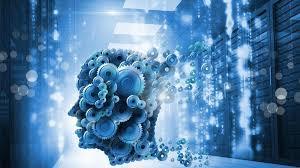 Thomas Edison was an inventor of electricity, sound and motion pictures. He had a brilliant mind that never stopped. He lived a fascinating life and partnered with other brilliant minds to create fore-runners of the modern conveniences we enjoy today.

Izz News story of his work is fascinating. The parts that made me sad though were the experiments done on animals which I would consider cruelty.

At a laboratory, Harold Brown demonstrated the killing power of AC by electrocuting a horse. He also paid neighborhood boys to round up stray dogs and electrocuted the dogs in the lab for research.

In 1903, an elephant named Topsy at an amusement park who had become unmanageable (although being abused) was killed by electrocution. It was filmed.

In 1890, the first execution by the electric chair was done on William Kemmier. Although used for death sentences of murderers, I've read other stories about botched jobs and do not support the use of it.

As the movies developed, they began making short films of cock-fighting and boxing cats.

These examples are heart-breaking. The rest of the book was very interesting. Because of Edison's inventions, we have lighting, music recordings and motion pictures.

Before his death, he was helping Ford and Firestone with their research in rubber. They had to pull back when the Great Depression hit.

Edison was credited with 1,093 patents in the United States. His son Charles managed the Company until 1957.

Edison's contributions and legacy forever changed part of our world. How many of us who live ordinary lives will leave our mark on the world? There have been influential people in politics, science, medicine, social justice, religion, music, art and so many areas. We only hear of those in the United States but I'm sure there are those in other countries I'm not familiar with.

I love reading about history because it helps me understand the news. At the time something is happening, there are not enough details to give a complete view of an event. Years later after biographers put all the pieces together, the story comes to life.

So many advancements in technology have been developed over the past 150 years, it is overwhelming to me. It feels like too much, too fast. I'm grateful for the conveniences but fear time left on earth is short. How much more can there be? I hope I can retire computer free, keep life simple and just enjoy nature. I will always prefer paper, books, a spoken conversation, hand written letters and hand-made crafts. At least I still got to hold a real book in my hands.

Please log in to like, share and comment!
Categories
Read More
Games
Play Baccarat Online
You can play baccarat online with a number of different options. Some of the options...
By Vtechkh One 2022-11-01 05:32:48 0 1
Other
Booming Segments of Lease Management Software Market; Investors Seeking Growth
​ Global Lease Management Software Market: Overview  Absolute markets insights has published...
By Pooja Jadhav 2022-06-15 11:21:48 0 24
Literature
Eye Health Ingredients Market Executive Summary, Segmentation, Review, Trends, and Forecast,2025
Fragrance Market Outlook The Fragrances market is projected to register a CAGR of 5.5% during the...
By Ajay More 2022-03-24 09:08:05 0 63
Health
BUYNOW@https://www.facebook.com/Radiant-Supplements-CBD-Gummies-105014015252368
How does Radiant Supplements CBD Gummies helpful?   Radiant Supplements CBD Gummies :-...
By ZitaHaag ZitaHaag 2021-09-02 08:22:01 0 133
Other
Generate Simple and Beyond Your Expectation From Online Business Options
Before launching an online business the entrepreneur must build a lucrative website that exhibits...
By Rowan Campbell 2022-10-30 11:30:53 0 4